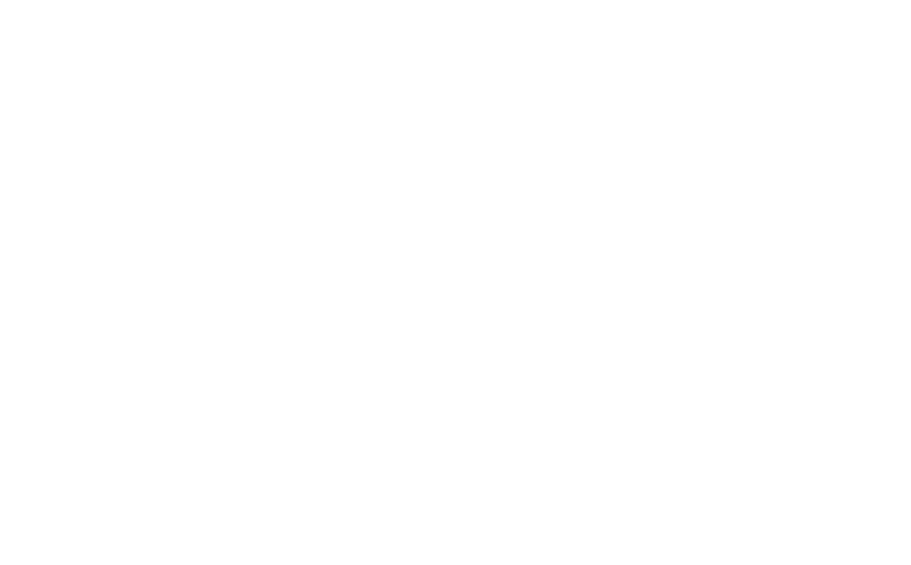 If our ancestors had found dinosaur skeletons as often as mammoth remains, then, undoubtedly, the mythology of the Yakut people would have been full of images of dragons, and perhaps dragon would have become the central system-forming deity or the spirit of the earth. It is difficult to imagine a more vivid image for the lively, very plastic imagination of the Yakut storyteller than a lizard breathing with flame, shimmering with silver scales, hovering over the rocks.

The geological and climatic features of the harsh Yakut land turned out to be such that the remains of dinosaurs were hidden too deeply and were inaccessible until the 60s. The twentieth century, and the few reptiles that live on the territory of Sakha are so small and inconspicuous that over the thousand-year history of the development of the territory of Yakutia by the ancestors, there was no place for dragons in the cultural, mythological landscape of the Yakuts.
More interesting is that in the middle of the XIX century, from Chinese and Russian mythology, a character very reminiscent of a dragon seeps into the plot of the epic Olonkho: a fire-breathing, sometimes three-headed beast. According to the researchers of the epic, the characteristic dragon features in the later plots of Olonkho are endowed with the spirit of fire that lived in the lower world - Uot Sagata Mogoi, as well as one of the hypostases of Uot usutaaki, the son of the ruler of the lower world Arsan Duolai.
Karamzin V. S. Koryakin I. D. Sivtsev E. S. Epic Hero Uot-Usutaaki. 1973. Paper, gouache, tempera

Karamzin V. S. Koryakin I. D. Sivtsev E. S. Abaasy uola Ayyy kyyhyn uorout. 1973. Paper, gouache
Uot usutaakiis described in exceptional detail in the Yakut heroic epic olonkho "Nyurgun Bootur the Swift" by Platon Oyunsky translated by Vladimir Derzhavin. Judging by the description, it is a gigantic fiery serpent with three heads, with a green fire flashing in his body, with a seven-pronged forked tongue and a forked fiery tail. At the moment of the fight with the main character, he wraps thick rings around him, which definitely indicates the serpentine shape of his body. However, the true appearance of the "werewolf of the underground forces", "lord of the underground abysses" and "arctic sea" Uot Usutaakiis different. According to the text of the epic, he is more anthropomorphic, consisting "entirely of iron", one-eyed, one-legged, one-armed, spewing columns of fire.


In the collection of the National Art Museum of the Sakha Republic, you can find magnificent graphic illustrations by Vladimir Karamzin and Elley Sivtsev, which show the main dragon features of Uot Usutaakiand both of his hypostases. In later works devoted to the epic, in the paintings of Timofey Stepanov, one can notice the image of a three-headed dragon and, what is especially interesting, an abundance of creatures resembling salamanders, ancient lizards, such as they were depicted in early scientific illustrations of dinosaurs.
Stepanov T. A. Nyurgun Bootur The Swift From the Yakut Heroic Epic Olonkho series. 1978-79. Oil on canvas

Stepanov T. A. The Lower World. From the Yakut heroic epic Olonkho series.1980. Oil on canvas

Karamzin V. S. Koryakin I. D. Sivtsev E. S. Kyskyidaan-Kuo. 1973. Paper, gouache, tempera
The theme of the olonkho epic penetrates more and more often into research projects, at first glance, quite far from ethnography and cultural studies. In this case, the images of dragons from the Yakut epic become the heroes of the wonderful film "My Personal Dragon" about a major Russian-German paleontological discovery based on the finding of Soviet geologists. Released in the summer of 2021, the films, in which the ancient history of the earth and the myths of the Yakut people are closely intertwined, were shot by producer and director Mila Kudryashova, interested in the topic of Yakut dinosaurs, at the expense of the Presidential Grants Fund. The documentary film "My Personal Dragon" was created within the framework of a large international research project "Dinosaurs of Permafrost" which, in fact, is unique in terms of creating new meanings of the territory. The main impetus for the development of the project was the activity of paleontologists from St. Petersburg State University together with the University of Bonn, who in the period from 2017 to 2019 conducted three expeditions in Suntarsky district. The location of Teette became the very "entrance" to the underground world, to the deepest ancient history of the Yakut land, since the remains found belong to the Early Cretaceous period, which is 125-145 million years ago.

This story could have turned out to be of an exclusively academic nature, if not for a number of exceptionally expressive features. In 2002, Pyotr Kolosov, Doctor of Geological Sciences, chief researcher of the Institute of Diamond and Precious Metals Geology of the SB RAS, became interested in archival documents (reports of geologists of 40 years ago), he manages to organize 12 expeditions, dig up significant paleontological material preserved for many years by geologists, together with schoolchildren from the village of Horo. This may seem somewhat sentimental, but how can it not inspire the idea that the first expeditions, the first finds and discoveries, such as the remains of the stegosaurus skeleton, belong to Yakut children? It should be noted that back in 2010, a documentary film was made about the findings of Pyotr Nikolaevich and schoolchildren from Horo for the television series "Time Keepers" of the Sakha National Television Company. Producer and author of the film Daria Ermolaeva subsequently became one of the most important team members of the project "Dinosaurs of Permafrost".

Another interesting point is the very process of penetration into the bowels of the earth, it's like overcoming the fears preserved in the collective memory of Sakha. In the legends of Olonkho, the inhabitants of the lower world of Abaasy penetrate into the middle world through the roots of the world tree - the giant larch Aal-luk mas, and a special sign of the area of the valley of the Teette river in the reports of Soviet geologists is this tree, "a large larch with a spherical crown."

Общая фотография съемочной группы фильма Мой личный дракон с коллективом кафедры палеонтологии СПбГУ
Команда Павла Петровича Скучаса с юным палеонтологом, учеником средней школы села Кэмпендяй Радомиром Федоровым в с. Хоро перед стартом экспедиции в 2019 г.
Профессор Томас Мартин из Боннского университета (Германия)
Руководитель экспедиции доктор билогических наук Павел Скучас
Команда Павла Петровича Скучаса с школьниками с. Хоро перед стартом экспедиции в 2019 г.
Местонахождение Тээттэ в Сунтарский улусе.
In the context of the main idea and mission of the project "Dinosaurs of Permafrost" in the film "My Personal Dragon", reality and myth came together as naturally and incredibly as a valley with dinosaurs buried under a sacred tree. Director Mila Kudryashova, having decided to go beyond the boundaries of the documentary format, reveals to the viewer the second storyline associated with her author's reading of the legend of the dragon who hid the Yakut Kuo (beauty) bride of the hero in the rocks above the Great River (Lena Pillars Nature Park). The legend of the dragon on the Lena Pillars and his battle with the hero can be a vivid example of a modern myth-making, it has been reproduced for decades by the guides of the natural park. However, the director's vision directs the viewer to the idea of finding himself, his inner personal dragons, and in many ways this story is not really about confrontation with them.


Each character of the film, one way or another, is connected with each other by this search and builds his very personal relationship with the sacred meanings of the Yakut land. The main character of the film, Doctor of Biological Sciences, associate professor of St. Petersburg State University, paleobiologist Pavel Skuchas, who went with his team on an expedition to the location, talks about his experience of "living" a place, dreams and a special attitude to Teette, despite, of course, absolutely scientific optics.
Pavel Petrovich's team owns a number of discoveries related to Teette. A group of researchers described a new genus and species of an ancient primitive salamander more than 120 million years old – it was given the name Kulgeriherpeton ultimum, formed from the Yakut word "kulgeri" (lizard, salamander) and the ancient Greek "ρρπετνν" (reptile), and ultimum, in Latin means "last". In one of the scientific and educational video lectures, Skuchas makes an interesting analysis of the hypothetical connections between dinosaurs and dragons. It is the salamanders that are most often reminded of the dragons in the paintings of Timofey Stepanov, although of course the scientific approach makes it very accessible to justify the impossibility of the existence of dragons and how they would look if they did exist. Take at least the fact that reptiles in the sharply continental climate described in olonkho should have a wool or feather cover, a protective fat layer. But if we remember ourselves in childhood and turn to the logic of the child, then it is very easy to imagine the reason for the lack of wool, feathers or fat layer in dragons. Every child immediately argues this by the fact that dragons have a fire inside that warms them.
Illustrations by artists: Evgenia Gavrilyeva, Kydaana Ignatieva, Yulia Rozhina, Aital Vinokurov, Maria Sysolyatina, Alina Petrova, Ruslan Anisimov.
In this childlike spontaneity and vividness of perception, perhaps, lies the secret of the variety of transforming and absolutely fantastic images in olonkho. Another project related to the film was addressed to this feature of thinking – a contest to find an artistic image of the Yakut Dragon. The contest "My Personal Dragon" was held by the partner of the project "Dinosaurs of Permafrost" by the Museum of Music and Folklore of Yakutsk under the leadership of Director Maria Kornilova. In the works of the finalists of the competition, one can trace, in addition to traditional stereotypical features borrowed from European and Eastern culture, interesting visualization techniques based on adaptation to the "habitat", in terms of climatic features and national tradition. It is characteristic that mostly the contestants presented images of snow and ice dragons, and even in the image of the water dragon Kydaana Ignatieva there are references to the lord of the "Arctic sea". Other authors have tried to capture the Yakut authenticity in the image of dragons: lizards, bending in the form of a lyre-shaped ornament, and dragons in whose facial expressions the elusive Yakut dragon essence was captured - cunning, impudence, complacency and rude charisma.