ABOUT FOUNDATION ART RESIDENCIES PROGRAM GRANTS AND SUPPORT JOURNAL CONTACTS
EN   RU
The formation of the Yakut national theatre: from its folkloric origins to 1917
Anna Lifirenko

The history of the Yakut theatre goes back over a century. Admittedly, this is an understanding of the term that does not exactly refer to the kind of theatre we are accustomed to thinking of today; Yakut theatre derives from a long-term intertwining of Yakut folklore and the Russian classical theatrical tradition that had developed in the European part of the Russian state over the 17th-19th centuries. Russian-Yakut theatrical ties have roots going deep into the ages and are based, above all, on the phenomenon of Russian-Yakut bilingualism, which arose during the development of North-Eastern Siberia and Russian explorers’ advance into Yakut lands, specifically from the late 17th century onwards. Ethnic Russians have become increasingly integrated into the Yakut population, a phenomenon which has even given rise to the special term ob’yakutitsya [“to become Yakutified”], used to describe the tendency for Russian settlers and their children to adopt local customs and pick up the Yakut language. This process also includes the intermarriage of Russians and Yakuts.

It would be curious to see what Yakut “theatre” was like before the appearance of the first Russians on Yakut territory. As mentioned above, elements of theatrical action going back to ancient times have always been present in the rich folklore of the Yakut people, especially in the native epic or Olonkho. The “performances” involved were given to the Yakuts by the Olonkhosut, a reciter of this epic poetry. In the evenings, Yakuts would gather in their uluses or settlements and listen to these narrators. Here Alexei Kulakovsky, a Yakut writer and founder of Yakut national literature, describes the audience gathered in the ulus to hear an Olonkho one evening: “Take a look at a Yakut family listening to an olonkhosut one long winter night. Everyone, young and old, huddled around him like hungry children around their mother. Here we have the decrepit old grandfather, to whom his rest on the bunk is the most precious thing in life. Nothing, except this dear, familiar tale, could possibly have persuaded him to voluntarily tear himself away from his warm bed. Here is the father of the family, a man of mature years who is no longer interested in such empty frivolities as ostuoruya [“stories”], and who, after a full day’s work, has come home exhausted and anxious to indulge himself in simple relaxation. And here is the mistress of the house, worn out by the squabbles and worries of the day, sitting there with her sewing. And even the little ones have stopped their usual tricks and naughtiness, sitting together with the youths who barely understand the poetic words, but who are nevertheless completely carried away by the plot and the fantastic nature of the tale. A chance guest is also sitting wide awake there, who will have to rise early tomorrow and set out on a long journey.” Further on, Kulakovsky describes exactly how the olonkhosut’s audience listened to him: “The tale is listened to from early evening to the ‘early morning sleep’, that is, for thirteen to fourteen hours in a row. Everyone listens with bated breath, fully absorbed and trying not to utter a single word. But the Yakuts are generally quite apathetic people, with a cold temperament – the product of their cold skies.” 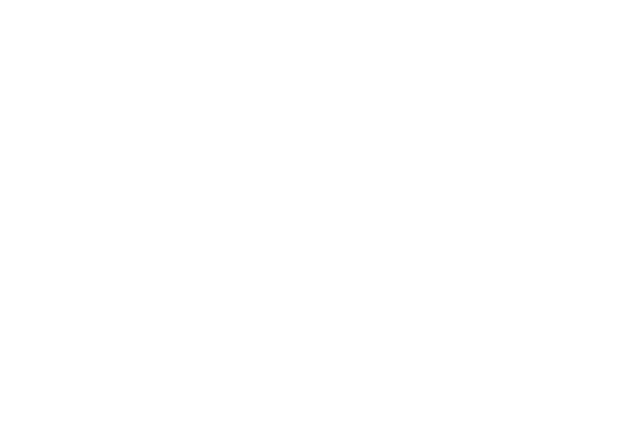 Romanov P. Vityaz with the bride

The figure of the olonkhosut is undoubtedly close in its significance and spellbinding power wielded over the listener to that of the Yakut shaman, but is closer to ordinary people. The olonkhosut is the bearer of the epic traditions of the Yakut nation. They were typically gifted people who had grown up surrounded by storytellers of the older generation, and so enjoyed great respect among their compatriots. The olonkhosut’s art requires a special skill for narration, formed by memorising a great number of olonkhos, as well as the gift of improvisation. To cite the example of an olonkhosut from the Gorny District, Pyotr Kolesov knew a total of 46 olonkhos by heart. The means employed by the olonkhosuts to exert an influence on listeners were quite simple, according to Kulakovsky: “In order to ‘re-embody himself’, the storyteller had to close his eyes to completely renounce the ‘sinful’ earth with all its petty day-to-day troubles and prosaic mundaneness. He blocked one earhole with a finger so that his singing could be heard louder inside his head, providing a beat to which his torso swayed in regular motion. He forgot about sleep, about rest, about everything on earth...” Of course, there is something similar in this to shamanic rituals. As already mentioned, an olonkho could be sung by the olonkhosut for several hours in one sitting, and the storyteller Manchaary claimed to know olonkhos which would take to a month recite. Competitions were even held between olonkhosuts, which gave particular pleasure to the listeners. Key here is the fact that the olonkhosut really did transform into his characters when delivering the Olonkho: “This is no longer our former acquaintance Uybaan, but some kind of wonderful supernatural creature surrounded by a mysterious halo” (Kulakovsky). Olonkhosuts truly did “act out” several “roles”, portraying all the characters. Of course, this still cannot be called theatre in the usual sense, but it was precisely here that the beginnings of theatrical imagery in the Yakut tradition began to be laid down. 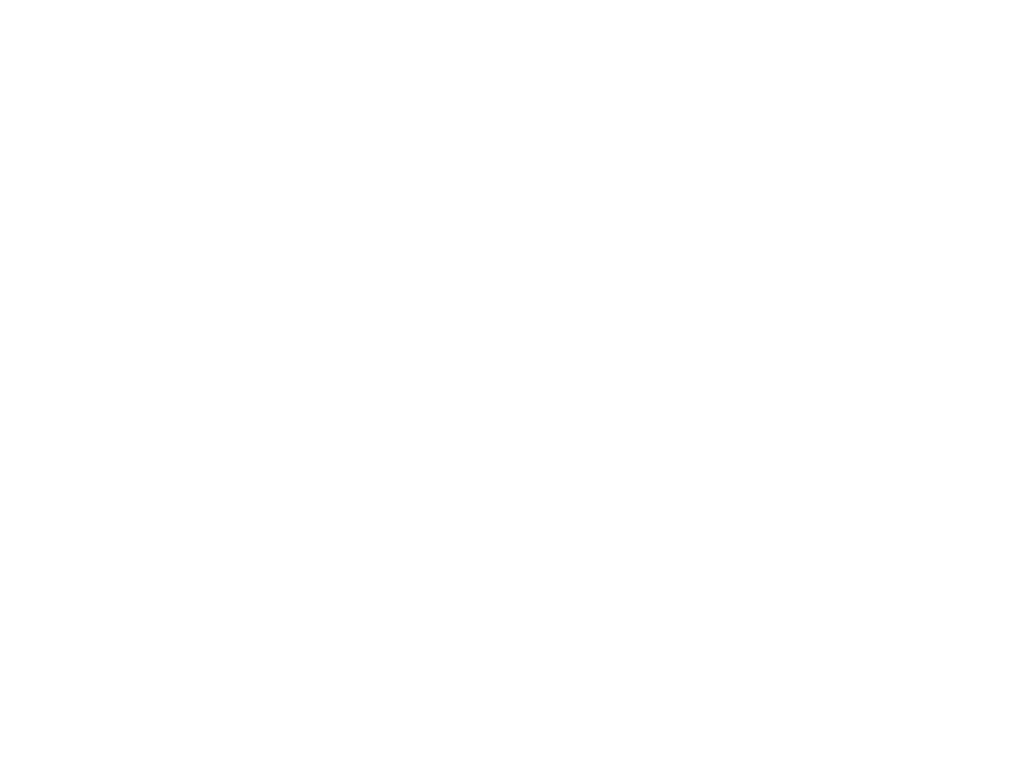 Meeting of the Foreign Club 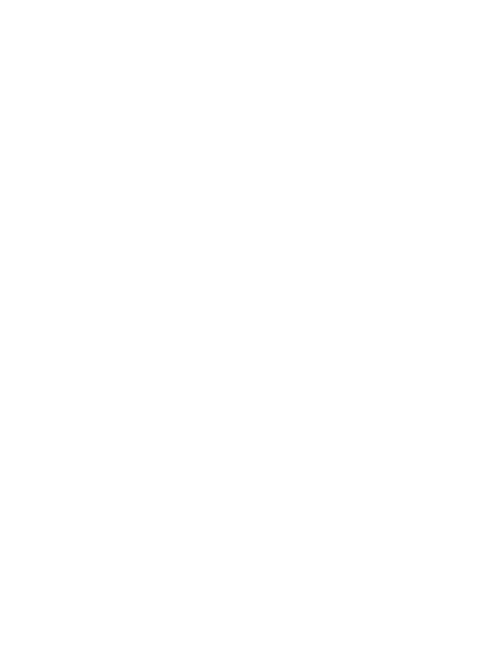 It should be stated that it was not only the Russians who adopted Yakut customs, but that the Yakuts themselves were likewise interested in gaining a mutual understanding with their Russian neighbours and in mastering the Russian language. In the 18th century, an appreciable part of the Sakha in Yakutia came to a decent command of literacy in Russian. Russian words began to penetrate into the Yakut language, resulting in over three thousand such borrowings as of today. At the beginning of the 19th century, several secular educational institutions were opened in Yakutsk, where teaching was conducted in Russian and considerable attention devoted to Russian literature. And so it was that the aforementioned Alexei Kulakovsky, along with Nikolai Neustroyev and Anempodist Sofronov (the three founding fathers of Yakut literature) penned their first literary works, including dramatic pieces, in Russian. This contributed to the emergence of a “salon” culture in the town of Yakutsk: in the evenings, the local intelligentsia gathered in the houses of wealthy citizens and put on concerts or amateur plays, with some of their hosts even constructing special stages for this purpose. In his work A Trip to Yakutsk, the Russian writer, ethnographer and local historian Nikolai Shchukin, who made repeated visits to Yakutsk during the 1820s to 1840s, noted a high level of proficiency with musical instruments here (the violin, cello, piano, harpsichord and clavichord), reporting that “there is a club in the town, and in it there is a theatre at which young people in service and trade mangle comedies.” Yakutsk did therefore have something approaching a music, theatre and literature loving public, drawing on both the local Russian and Yakut population.
In 1889, this cultural milieu coalesced into the Society of Dramatic Art Lovers, replete with its own official charter. The latter stated that it had been established to provide “pleasant and useful entertainment” in the city, as well as to “lure the populace away from gambling, taverns and grog-shops”. The main goal of the Society was “to familiarise audiences with the best works of music, literature and drama, as well as to furnish material assistance to those in need by organising charitable performances and concerts”. This provoked the appearance in Yakutsk of the first public plays and the opening in 1891 of the Russian Drama Theatre – the first professional theatre to open its doors in Yakutia.
Members of the circle of theater, music and literature lovers in Yakutsk after the performance "Vasilisa Melentyevna"
Artists of the first amateur theater in Yakutsk. 1890s
Scene from the play "The Marriage" by N. Gogol
It must be said that, owing to the peculiar climatic features of the region, the Yakuts did not have any playwriting in their own language; the traditions of a national theatre had not formed among them, and therefore the interest of the indigenous population in theatre as a fundamentally new type of amusement was a matter of some significance. For the first time, they were faced with an activity that involved viewing a certain visual series to the accompaniment of artistic, sound, and costume imagery. Naturally, this differed radically from listening to olonkhosuts, which had implied completely different types of interaction between listener and performer, with a heightened role for imagination demanded of the former. There was a need to overcome this cultural barrier, and so in 1906 the Inorodchesky Klub [literally the “Other-People”, “Foreign” or “Non-Russian” Club - translator] was opened in Yakutsk, whose purpose was to seek out new forms of education and interaction with the indigenous population. The first attempts to stage the Olonkho were made at the Inorodchesky Club, including a well-known staging of the olonkho Bert Kisi Beriet Bergen (“The Brave and Good Youth Beriet”), considered the first Yakut play. As the linguist, ethnographer and folklorist Eduard Pekarsky pointed out, the olonkho text employed for this was divided into three acts, streamlining it and serving to bring it closer to the European dramatic tradition. And in 1907, with the help of actors from the Russian Drama Theatre, another production based on an olonkho was staged – Kulan Kugas attaakh Kulantai Bukhatyyr (“The Renowned and Stubborn Hero Kulantai”). This was an attempt at creating a musical performance, and a libretto was written, but due to the lack of a general musical score, each actor had his own peculiar vision of how to perform a particular fragment of the epic.

At the same time, performances of Russian-language drama, occasionally translated into Yakut, continued to be held on the stage of the Russian Drama Theatre. Especially popular was Nikolai Gogol’s Marriage, which was translated into Yakut by Anempodist Sofronov in 1909. The main repertoire also featured Alexander Ostrovsky’s plays The Storm, The Forest, A Profitable Position, Guilty Without Fault, Stay in Your Own Sled, Sin and Sorrow Are Common to All, Vasilisa Melentyeva, and From Penniless to Suddenly a Three-Kopeck Piece. Other plays by Gogol, as well as by Anton Chekhov (The Bear, A Marriage Proposal, A Tragedian in Spite of Himself, A Malefactor, and Surgery), Alexei Potekhin, Ivan Shcheglov, Vladimir Nemirovich-Danchenko and other Russian authors were also staged. Chekhov and his drama proved immensely popular with both local Russian and Yakut audiences. In 1902, the play The Philistines by Maxim Gorky was staged, followed in 1909 by his The Lower Depths. In addition, a professional theatre appeared in the town of Vilyuisk, where Marriage was also performed in the Yakut language. The pre-Revolution theatre also introduced the inhabitants of Yakutsk to English-language drama, with the stage of the Russian Drama Theatre hosting William Shakespeare’s comedy The Taming of the Shrew as well as Oscar Wilde’s The Importance of Being Earnest. Home-grown drama began to appear, based on models written by the first Yakut writers. Nikolai Neustroyev is considered to be the first Yakut comic dramatist, writing plays with characteristic “Yakut” titles such as The Evil Spirit and The Jay’s Head. And, naturally, performances were put on based on the plays of the first national Yakut playwright Anempodist Sofronov – Poor Yakov and Love.
Якутская духовная семинария в XIX веке
Клуб приказчиков в Якутске
Якутские сказители олонхо — олонхосуты
Якутск в XIX веке
It is generally accepted that the advent of Soviet power saw the Yakut national theatre and drama experience a true heyday, thanks to the rapid growth of amateur and agitation theatre. But the foundations for the formation of the Yakut theatre had already been laid in the 19th century, and the synthesis of two cultures – Russian and Yakut – had been instrumental in the emergence of this phenomenon.
Annotation