Alexander Khodulov, " The Coast of the Ancestors," 1991
"Memory not only recreates the past,
It also organizes the experience of the present and the future".

Every year Olonkho increasingly steps out of its chamber forms and becomes a brand of the territory, thanks to the possibilities of wide publishing and events dedicated to the epic.

The storytellers-improvisers, who for centuries have shaped the diversity of storylines in the epos, received an incredible amount of oral information from their mentors and supplemented the action with actual fresh images. This suggests that the Olonkho is not a finished canonical form but a living material, a way of interpreting the imaginary landscape and self-identification in it.
Seksei Parnikov. A portrait of the olonkho storyteller P.P. Yadrikhinsky, 1982
Seksei Parnikov. "Take Care of Nature" poster
The very essence of the narrator is not canonical as well. Undoubtedly, their role was to implement a craft with a systematic complex multistage training, requiring a high level of artistic expression. However, this profession has considerably transformed, and today olonkhos are not only virtuosos, reproducing literary processed folklore materials, but also those who quite boldly operate with neo-mythological techniques, in other words, masters of storytelling: writers, artists, directors.

Platon Oyunsky's work transformed the olonkho from a ritual into a spiritual and moral code, a source of knowledge about the past of a people who, in a certain sense, had lost a strong connection with their traditional culture during the tumultuous changes after the October Revolution and were somewhat disoriented by the devaluation of the Christian religion and the subsequent imposition of atheistic ideas.

Extensive research by folklorists and ethnographers in the 1920s and 30s and expeditions of such researchers as Gavril Vasilievich Ksenofontov, Andrey Andreyevich Savvin, and Sesen Ivanovich Bolo (Sehen - storyteller) provided the most valuable material such as numerous records of olonkho, proverbs, riddles and rituals.
Oyunsky Platon Alekseevich
Ksenofontov Gavriil Vasilyevich
Savvin Andrei Andreevich
Sesen Bolo Dyachkovsky Dmitry Ivanovich
In those restless and decades, the study of the Olonkho became a kind of super-mission for researchers, a contribution to the future of their people. Ksenofontov and Oyunsky, starting their research, were aware of the importance of deep folk knowledge for building a new path for the young Soviet national republic. The intensity and scope of field research and the amount of processed material reflected in scholarly writings may have been due to an intuitive understanding of the tensions of the political situation and sense of foreboding, forewarning of repressions. As well as an acute sense that we must have to catch those people who can still remember the tales and stories of the great shamans; talk to them and write down, sketch, and record the elusive reality before a new ideology absorbs and reinterprets all the true meanings and signs of the past.

The next stage of the epos's understanding was a period of ideological formatting of the olonkho. Unprecedented in its ambition and scope, the project of the Union of Soviet Writers of Yakutia and the Research Institute of Language and Culture to create an entirely new consolidated text of the olonkho was proposed to the Council of People's Commissars of the Yakut ASSR in 1940 and involved the merging and reworking of the olonkho stories in the context of conformity with Soviet ideology. 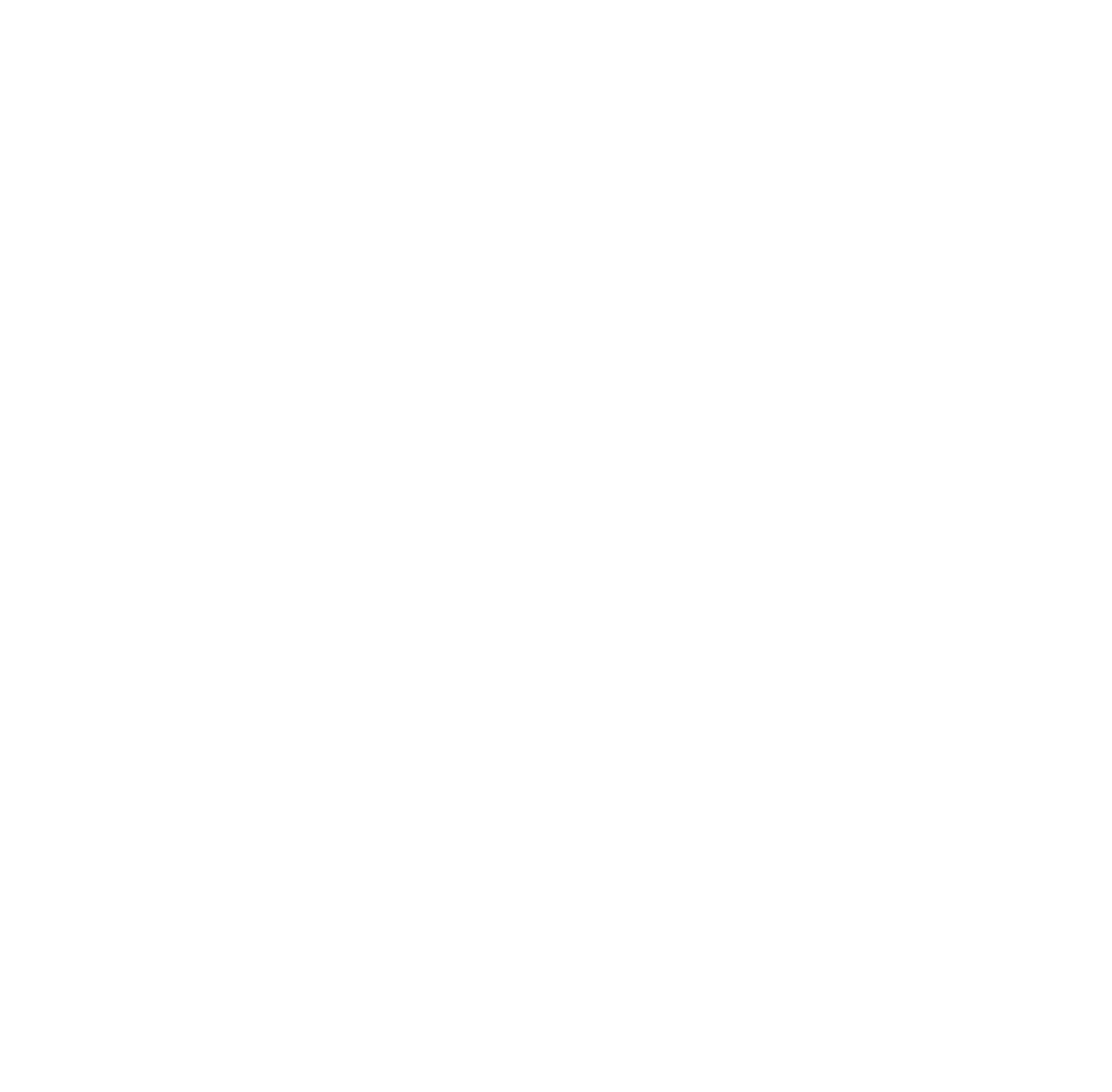 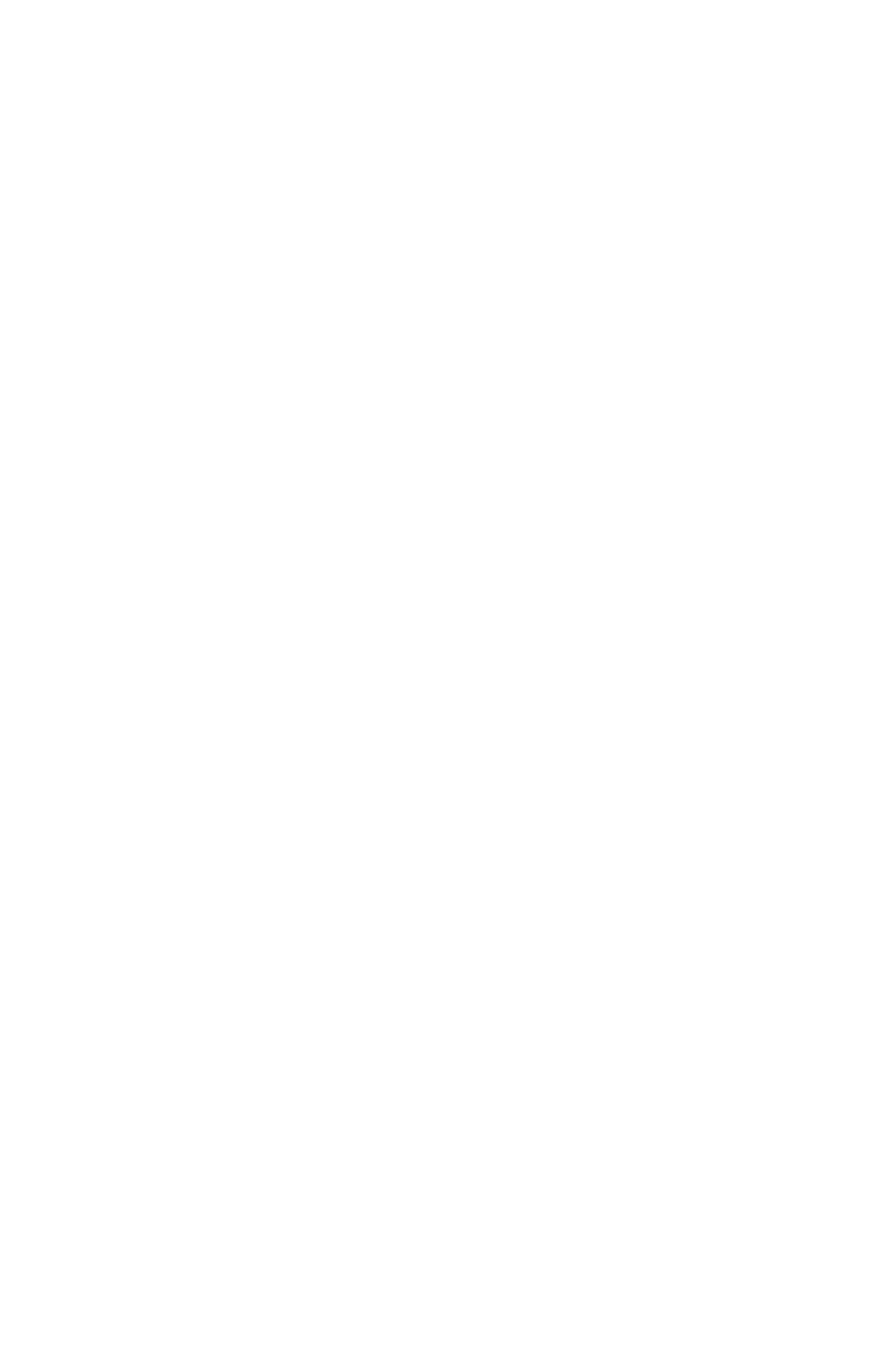 Yury Votyakov. An illustration to the heroic epos "Nyurgun Buootur the Aspiring"
To implement this idea, a national creative contest of modern adapted olonkho plots was launched. It generated an unprecedented outburst of collective myth-making, embodying the creation of a new powerful meaning - the triumph of the people, which became especially acute in the harsh years of World War II. The making of new olonkho concepts continued during the war years. The Union of narrators-improvisers was created, and olonkho turned into a kind of farewell ceremony when recruits were seen off the front.

In the post-war years of the country's rapid renaissance, the olonkho glorified relevant issues of the Soviet Union's construction industry, diamond mining, and then space exploration.

At that time, a young artistic community replaced the academic and literary society in developing epic material. Graduates of the central art institutes returned home with very different, actively shifting contemporary Soviet art scene moods. Elly Sivtsev witnessed the very beginning of the Khrushchev Thaw. Valerian Vasilyev graduated shortly before the events at the avant-garde exhibition at the Manege, when the Thaw officially ended on December 1, 1962, and he probably saw Mark Rothko and Jackson Pollock at the American exhibition in Sokolniki or works by Yves Klein. Yuri Votyakov and Seksei Parnikov were formed as artists of the underground during the birth of Moscow Conceptualism.
Ellay Sivtsev. The Past from the "Storytellers" series, 1966
Valerian Vasilyev. Triptych Nyurgun Buootur "The Rushing Leaf of Happiness" (right side), 1969
Roman Petrov
Alexander Manzhuryev "The Way to the Land of the Sun", 2012
Fedosii Zarovnyaev " The Competition"
Roman Petrov
Each of these young authors returned to Yakutia searching for his or her style and theme of expression. An energetic communication with a pulsating interdisciplinary environment consisting of artists' friends, their students, similar young writers, journalists, and architects emerged around them. In 2013, during an interview, People's Artist Afanasy Petrovich Munkhalov, recalled that period as a time of constant creative communication, collective and sometimes spontaneous reviews in the workshops, trips to creative dachas, discussions and searches. He said that many artists in the early 1960s were passionate about collecting folk arts and crafts and were gradually fusing them into their art.

I consider "Sardaana" by Valerian Vasilyev to be one of the fascinating forms of Yakut art in the 1960s. He managed to find the elusive essence of Yakut art and its subtle connection with Nature. Valerian Vasiliev undoubtedly identified a young master-cutter, staring into the delicate outlines of a flower, with himself and his circle. In his work, the master turns to Nature in search of purity of lines, conveying the grace of the sardaana to the ideal proportions of his choroon vials. Valerian, like his colleagues, turned to folk art and the Olonkho, admiring its poetic structure, the richness of subjects and the colourfulness of the images.

The young artists of the 1960s and 70s masterfully balanced between the "severe style" while depicting the harsh Soviet reality and the lyricism of the vast expanse of the olonkho. Sivtsev Ellay saw in the olonkho heroism and folk wisdom, Valerian praised human happiness and peace, while Votyakov filled his works with mystical, dense, exciting energy: his olonkho both frightens and enchants with its magic.

The charisma of the artists of the 1960s and 70s and their obsession with art strongly influenced the late Soviet generation. Many of its representatives were the 1960s' students who entered the world of art under the influence of their worldview. Mikhail Starostin, Nadezhda Fedulova, Olga Skorikova, Georgy Reshetnikov, Ekaterina and Tuyaara Shaposhnikov, Olga Rakhleeva, Natalia Nikolaeva, Marina Khandy, Alexander Khodulov, Marianna Lukina, Sardanaa Ivanova and other authors whose creative careers took off in the 1980s and 90s were sufficiently included in the global artistic context as students, participated in the processes in the West, were guided by them, and also were academically educated. 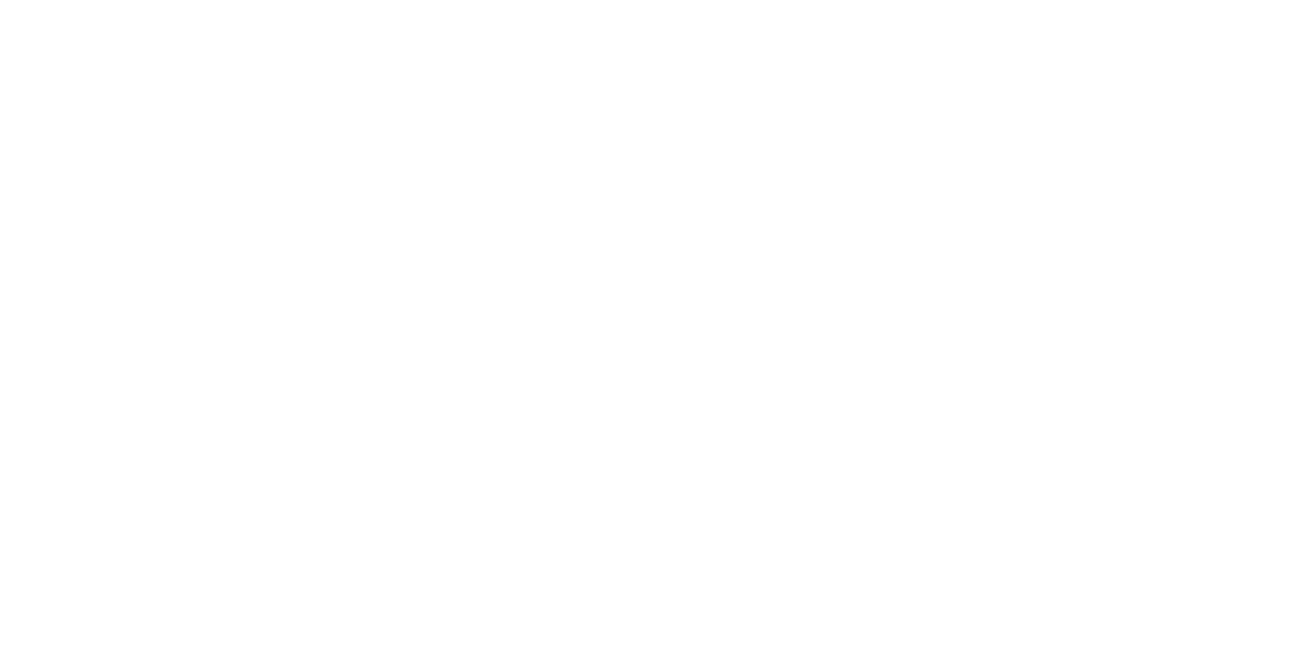 Shaposhnikova Tuyaara "The Way of Ellay", 2000
Artists of a completely new formation operated primarily with metaphor and symbol and went through a personal lens to the meanings of the olonkho, making a subtle transition from the private to the general. Proof of that are Mikhail Starostin's lonely wanderers, Tuyaara Shaposhnikova's boldly constructed fairytale landscapes, Marianna Lukina's pensive characters, Dyulustaan Boitunov's virtuoso animal art and battle scenes: one can find references to traditional culture in everything. 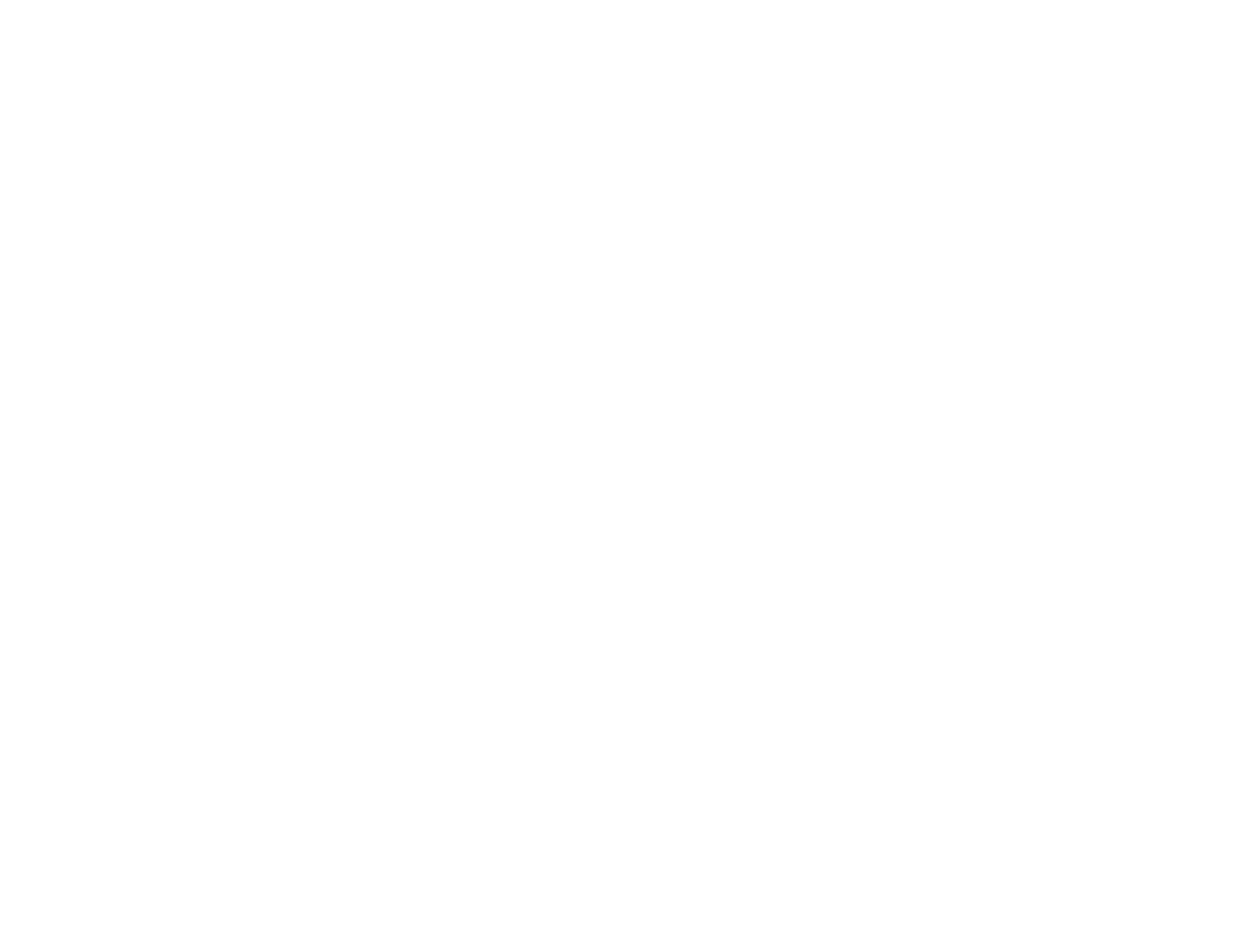 The young generation of artists, who developed quite independently in the format of creative groups like "Flogiston" or later "The Narrow Sight" and "Azart", worked primarily in the format of exhibition projects. The central concept for most of these artists was a new reading of the olonkho theme through the semantics of symbols, ornaments, and the materiality of folk crafts.

Expanding their boundaries and acquiring unique experiences, each of them crossed the threshold of the new millennium, and in the early 2000s, they were undoubtedly at the forefront of the art scene of the republic, actively seeking the basis of national identity. At that time, the artistic community opened the way to the quest for identity and self-presentation on Russian and foreign platforms (projects "Kochuyuschie scrolls Khabaar", "ArktNavigation"). Everyone solved creative and communicative problems in their way, uniting to organize travelling exhibition projects, and some focused on internal processes (exhibitions "From Here to Here", "Svetuarium"). At the same time, contemporary art festivals also sought Yakutia's territory's meanings and tried to build a dialogue with other regions.
The banner of the exhibition «From here to there», Yakutsk, 2005
Collective installation at the exhibition "From here to here" in the Exhibition Hall of the National Art Museum of the Republic of Sakha (Yakutia), 2005
Creation of land-art object "Bihik on Ysyakh Olonkho" in Naskiy ulus, 2019
Part of the exposition "Reverse Perspective", 2004
Participants of the " Reverse Perspective" exhibition
Participants of the exhibition "Prototypes of Olonkho" of the Archetype group, 2021
Local author's projects of the 2010s, such as "The Red Room" by Aina Yefimova (Dabdasova) or "Cinema Club" by Sardaana Savvina and Lyubov Borisova, which embodied the principles of olonkho in the form of meetings and became projects about storytellers of new times, have activated artistic processes within the republic. The method of storytelling in graphic art, easel painting and bone carving, vividly manifested by such masters as Artur Vasilyev, Dyulustan Boitunov, Fyodor Markov, Roman Petrov and Alexander Manzhuryev, today becomes an expressive feature of young authors Fedosii Zarovnyaev and Alexander Innokentyev. 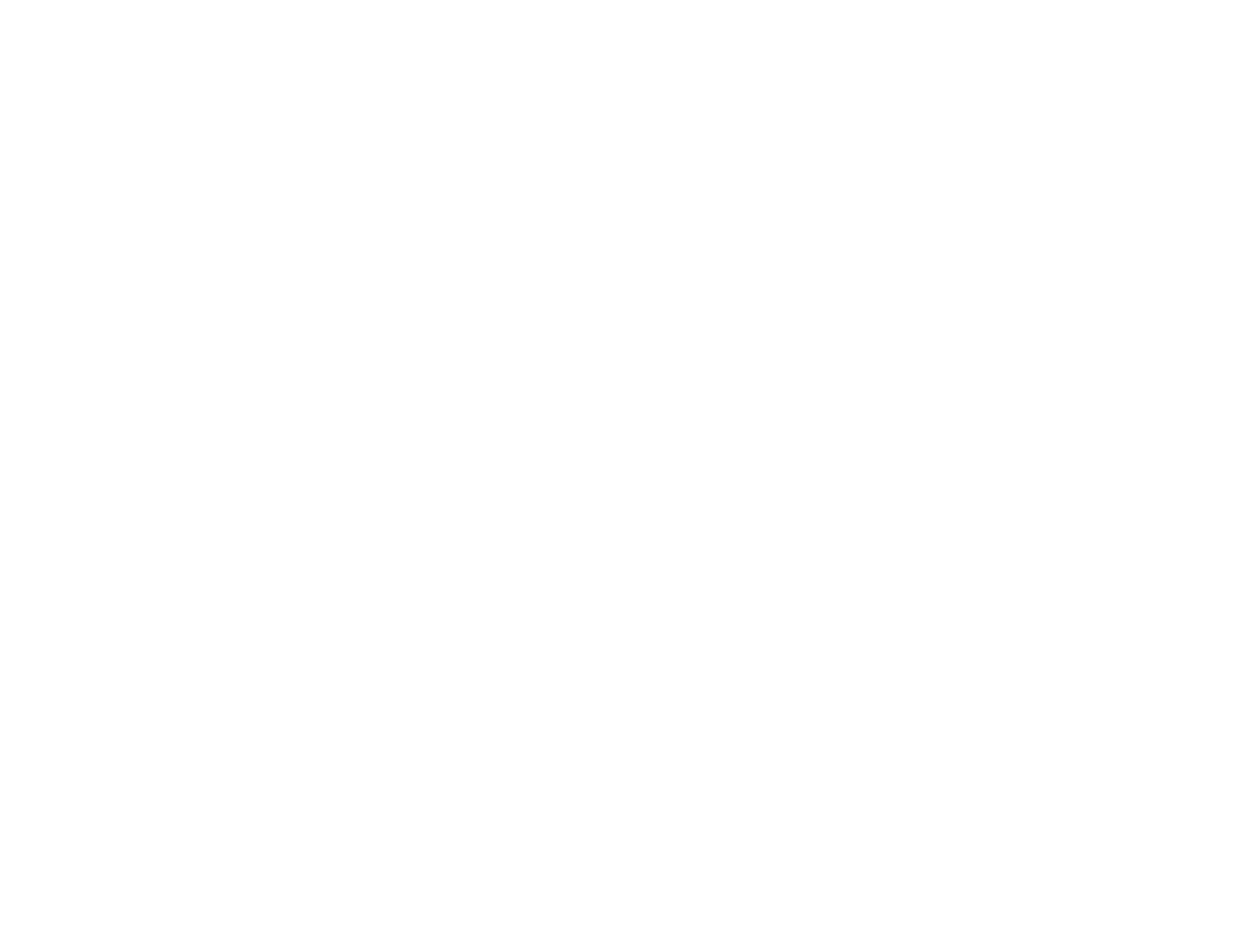 The etching "A hunter defends his home from the abaaha" by Alexander Innokentyev, 2020
"Infinity Mobile" by Ustinia Prokopyeva at the "The prototypes of Olonkho" exhibition, 2021
Nadezhda Komissarova's "Abstraction of Nature" object at the "The prototypes of Olonkho" exhibition, 2021
The "Archetype" group (Alexandra Neustroeva, Nadezhda Komissarova, Ustinya Prokopyeva, Lyudmila Fedorova, Natalia Gavrilieva, Alexei Abramov, Anna Savvina, Elena Vasilyeva) has been most consistently dealing with the olonkho subject in recent years.

Turning to it in 2017, the group went from the search for the inner Olonkho storyteller, its connection with the ancient images woven into the canvas of myths, to the gradual rejection of the illustrative approach, thanks to which the authors intuitively and naturally came to a very close to each meaning - the ecological relationship of man with nature.

Each author extracts his symbols and meanings from Olonkho, which remains in different forms in almost all of the Yakut art, and has global significance for the art of the republic.

This text is an excerpt from the article by Ekaterina Romanova and Vera Nikoforova "Epic heritage of the Sakha people in the 20th century: "The Soviet experiment" first published in the Herald of the NSU, Volume 12, Issue 3: Archaeology and Ethnography, 2013.