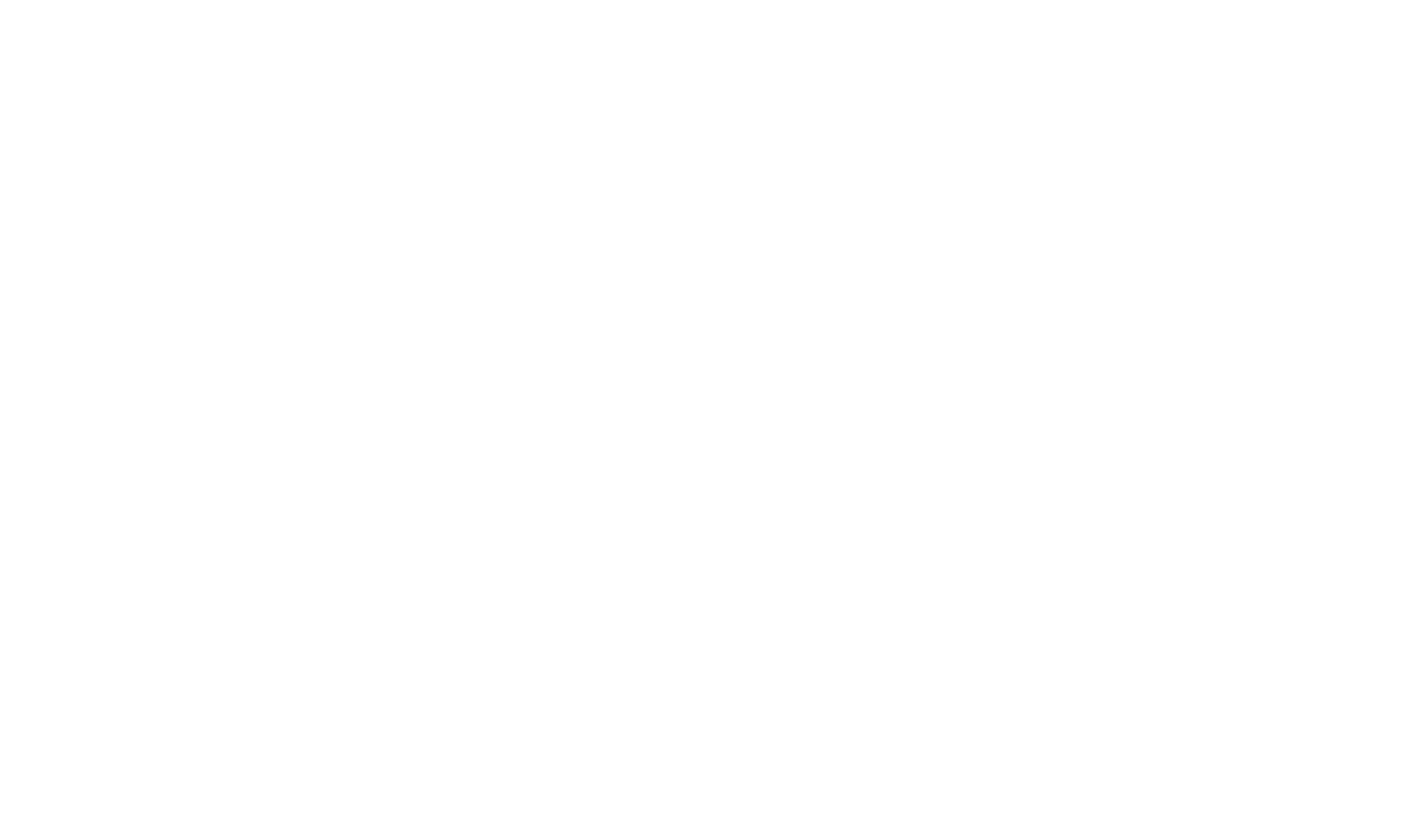 Photo by Ramis Nazmiev
The Sakha Academic Drama Theater of P. A. Oyunsky today is no longer just a national theater. Its repertoire focuses on episodes of the Yakut heroic epic. The Olonkho Theater is a unique cultural institution that actively and successfully develops its direction and has no analogues in the world.
Olonkho
The Yakut folk epic is the whole world, the very cultural base on which all the traditional art of the entire Sakha people is built. And this whole world is called "olonkho". Individual legends are also "Olonkho" as in Russian culture epics or songs. In 2009, UNESCO included Olonkho in the honorary "List of the Intangible Cultural Heritage of Humanity". From Russia, this list also includes materials of oral culture of the Transbaikal Old Believers, the so-called "Semeiskie".
Olonkhosut is not just a Yakut storyteller, it is a folk hero, an honorary member of the society. It is believed that not everyone is given to comprehend this art, and true olonkhosuts are rewarded with their gift from nature. This man was a sacred person in traditional culture and had a special vision of the world - anaaryy - the gift of foresight, a poet, singer, improviser and was distinguished by an exceptional memory. Olonkhosut could even create auditory and visual hallucinations.
The speeches of the heroes in Olonkho are read by the narrator in a singsong voice and must be performed in different keys, and the narrative text is pronounced with words, which also have their own special colors. This requires olonkhosut to possess acting technique, musical ear and taste. From a set of these qualities, the ability to improvise, the mastery of the olonkhosut-storytelller is formed.
Photo by Ramis Nazmiev
A woman in olonkho
The image of female heroes in the Yakut epic tales occupies a central place along with other female images - the patron goddesses of women in labor and fertility Aiyysyt and Ieyiehsit, the ancestors of the three cosmogonic worlds, the Udagans of the Upper World, the old gossip woman Simekhsin and shamans of the Lower World. Traditional stories about female heroes are a symbol of the power of a warrior woman, free, fearless, becoming a faithful wife to the heroes.

In Olonkho there are shades of the culture of Aiyy Dyono, people of the Aiyy tribe, one of the characteristic features of which is the worship of the mother woman, the progenitor. Women in this tribe have more authority in the family than men. That is, here the head of the family is a woman. In the Yakut epic, the warrior maidens are the mothers of the people. They protect their tribe from both human outsiders and evil creatures of non-human origin. Women heroes in olonkho are Dyrybyna Dyrylyatta, Kyys Debiliye, Kyys Nyurgun.
The Olonkho Theater and Matryona Kornilova's performance "Dzhyrybyna the Warrior Woman"
Our heroine is Dzhyrybyna Dyrylyatta lives in the Middle World, has a father Aryl Toyon, she is a furious minx who bends her knees and nods her head. She is a hero girl. “Dzhyrybyna the Warrior Woman" is an important performance for the Yakut theater. In 2018, it was nominated for the Golden Mask National Theater Award. In this regard, the performance has developed a busy touring life. It is very important for national theaters to travel outside their republic, their cultural region, and show their art not only to those who are interested in it, but also introduce it to other audiences. The Golden Mask is the largest and most authoritative theater festival in the country, which annually gathers the best performances from all over Russia. The festival directorate pays special attention to national theaters. The Olonkho Theater today is one of the reference samples of the national collective. This is not a museum theater, but a modern traditional theater with a highly professional troupe, most of which are young people.
Photo by Ramis Nazmiev
The olonkho performance "Dzhyrybyna the Warrior Woman" staged by Matryona Kornilova is the best place to start getting acquainted with the olonkho tradition. For a novice viewer, there is no unfamiliarity here, which sometimes frightens an unprepared, casual viewer.

The general atmosphere of the performance, of course, is created by toyuk — a beautiful and rare kind of singing, an integral part of olonkho and the most important element of Yakut folk culture.

Language development is a sign of the healthy progress of any nation. Therefore, the forms of presentation, the story of ancient epics, naturally require special attention from the authors of the play. It is necessary to somehow connect the times, including in order to gain the trust and interest of new generations. Certainly, you should not deliberately play along with ultramodern youth trends — most often it looks ridiculous and, on the contrary, repels young people. They reject such initiatives in advance, without even paying attention to what is being offered to them. Nevertheless, most of the traditional, and even more archaic texts, need adaptations, the so-called stage versions.

Olonkho, taken as the basis of the performance, belongs to Prokopiy Prokofievich Yadrikhinskiy-Bedeele, the famous olonkhosut improviser. The original text is very voluminous and detailed, and was intended primarily for traditional, oral singing. Zoya Popova staged this olonkho for the play. The large canvas turned out to be a concrete and dynamic story about the maiden Dzhyrybyna Dzhyrylyatta, impeccably told in stage language without loss of content, working according to the laws of modern theater and convenient for the audience.
Photo by Ramis Nazmiev
In the role of Dzhyrybyna Dzyrylyatta is the theater actress Lena Olenova, who has done a lot of work on the image of the warrior maiden. Her Dzhyrybyna Dzyrylyatta is, first of all, a gentle woman with a big heart. From her first appearance on stage, it becomes clear that this is a heroine with some kind of special breath and love for the world. Her strength lies in the nature of her spirit, not in external qualities. Lena Olenova as an actress here becomes not the embodiment of an ancient fairytale image, but the body in which this immense force lives. This is not the "bogatyrka", a big and strong woman, who one can imagine when reading the same epic olonkho or its radio version. She, like all the girls in the audience, is the same built, she smiles and gets afraid the same way. Only she seems to have been given a little more will, a little more patience, and, undoubtedly, nature itself and some kind of divine justice reckon with her will. The only thing that distinguishes her from a simple girl is that she did not become like that, but was born. And this gift obliges her to be attentive and sensitive to life, to follow the events of all three Worlds. Despite the anxious moods in the play, observing Lena Olenova in the role of Dzhyrybyna Dzhyrylyatta, it is impossible to succumb to them. Her warrior is not a cruel good-making machine. She is both beauty and safety in the image of a young and brave woman.

Olonkho as a cultural phenomenon testifies to the high development of the traditional Yakut society. Each member of the society was prepared for the perception of olonkho, and was also obliged to keep it in memory and pass it on by word of mouth. The epic structure of olonkho affected the main trends of artistic thinking among the Yakuts in the twentieth century, which formed a specific mentality and influenced the development of the creative path of the Yakuts.

In the play “Dzhyrybyna the Warrior Woman", the production designer Ekaterina Shaposhnikova created a minimalistic space on the stage, an almost free stage. In the story of the Warrior Dzhyrybyna, the main thing is the heroine herself and the story she leads. In this regard, the artistic design of the performance is mainly focused on the costumes. Ekaterina Shaposhnikova made the images of the heroes as close as possible to the traditional ones: hairstyles, weapons, fur products in outerwear and shoes. All these attributes with their exoticism create the effect of fabulousness and antiquity. Only the dexterity of the artists, with which they wear these clothes and work with weapons, makes the audience immerse themselves in this environment and find themselves together with the heroes not even in the past, but in an absolutely timeless space.

"Dzhyrybyna the Warrior Woman” and other performances of the Olonkho Theater can be found on the Internet in open access. Wherever you are, you should not deny yourself the pleasure of getting to know the Yakut culture, represented in the Olonkho Theater by high-level masters. Somehow surprisingly, this theater collective combined ancient folk mystery, tradition with advanced, modern approach in its preservation and development.